Home » A Story To Tell! » Being Positive In Life!

Being Positive In Life!

Posted by majidtakes on May 28, 2014 in A Story To Tell!, About My Books, Arab Management Books, Books by Majid Al Suleimany, Emotional Short Story, Life's Lessons For All!, Majid Al Suleimany Books, My Books Links, True Life Stories! | 1 Comment

Being Positive In Life and At Work!

Or – Learning To Let Go!

Dear All & After Compliments; 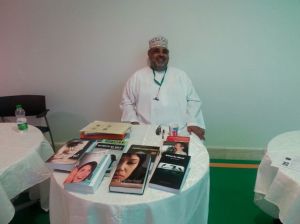 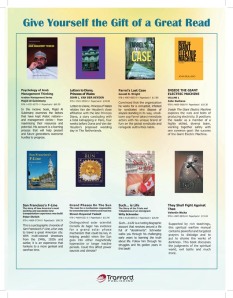 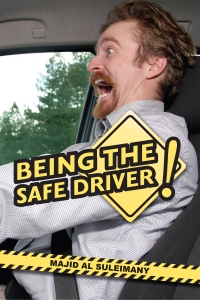 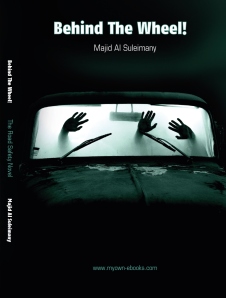 It has been a long while since I wrote anything in the format of an article for my websites – and as you know my two columns in The Oman Daily Observer took a natural death metaphorically by the wrong prescriptions of drugs and medicines to a slowly dying cancer victim! Sometimes the end comes quicker than expected after remission even – or when the patient was thought to be recovering by a new doctor – who turned out to be even worse than the previous doctors looking after the sick ailing patient – and ‘kicking the bucket’ for all to see!

Of course, with great cheers and happiness from some quarters determined and for some intentional wanting and willing for the columns to end! And yet still with some still craving for some more articles to come out – and a sort of relief that though the columns have ended in the said paper since November 2013 – see here –   – but ‘sort of relieved’ that I was still posting in my websites my articles – mainly in www.majidall.com – www.majidwrite.com – and opinions and views on www.majidsn.com . This apart of my books in www.myownmajid.com – www.myown-ebooks.com and www.majidbooks.com Plus the new websites for Short Takes (Stories) with mainly Omani theme at my new website at www.myshorttakes.com – and the Road Safety website at www.bethesafedriver.com

One can safely say that with all these websites belonging to me – and recently being that active in the Social Media – Facebook, Twitter, LinkedIn, Whats’ Up etc. – the losers are more the newspaper than me – because if there are still followers and fans out there they can still follow me! There are of course those that bought the newspaper only on the days that my articles would appear because they read more Arabic newspapers – and now will not be doing so! And those fans that may be inclined not to buy the newspaper anymore – because my articles no longer appear!

On 12th of May 2014 – there was a PDO Talents Day – and due to the New Management style now in Petroleum Development Oman (PDO) – I was invited to display my books by the External Affairs Department – EAD – under Engineer Abdul Ameir Al Ajmi and through the leadership and guidance of Raoul Restucci – the good man! With a new openness, foresight and pragmatism – of bringing in more fairness, ethics, principles, professionalism all around in the company – its modus operandi and its environment!

Trust me in saying this but I had carried a lot of Excess Baggage and past bad memories and recriminations with me – and with exceptions of going to the PDO Clinic as ‘wife’ to my working wife still there – just avoided the place – until I got the call that they were translating my book (and for publishing few copies) of my Road Safety Books – Being The Safe Driver! – www.createspace.com/4097374 and Behind The Wheel! – www.createspace.com/4655681 – and more after being invited formally to present my books to the VIPS (Dr.Rumhy and Dr. Sunaidy etc) and as belonging to The PDO Family!

This bit made me feel so ashamed and so bad – and I cried in my heart and with a few tears out! Just shows that if you treat people right and ethical – they may surprise you with what they can deliver! And that is Raoul for you as the new man at the helm in PDO!

In all my mind, I had never thought or imagined that I would be welcomed in into this new great Office building – and display my books! I only visualized how I even was always finding excuses not to drop Madam Wife at the office – because of the heartache and pain inside me – mainly attributed by my mentality of not wanting to forget! And unnecessarily carrying so much Excess Baggage with me! See this – http://majidall.com/as-to-why-i-had-left-my-last-oil-company-loc/ and this one – http://majidwrite.com/2013/09/18/a-letter-to-my-heart-by-majid-al-suleimany/ 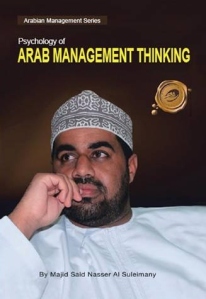 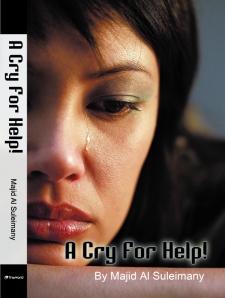 The turning point for me was when HE Dr. Rumhy told Dr. Sunaidy (HE Ministry of Commerce and Industries) that ‘this is his book that he got an award in USA’ – Psychology of Arab Management Thinking! – USA Gold Seal Literary Excellence Award 2013 – and he himself being USA educated – and during those times when I looked after Overseas Training in PDO – as the only sole man in charge! Of USA Dollars 18 million per year – and thank God and my upbringing – never took even a Baiza that did not belong to me! God Is Great! God Is Merciful! 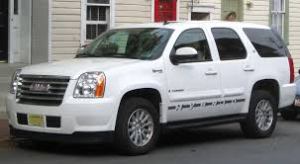 Frankly I had imagined that I would die with my Toyota Camry banger – 8 years old – and gone to 190,000 kms – but the surprise was mine when I still got 2300 OMR for it in exchange of a new GMC Yukon! Those who remember my case will remember how bad I felt in losing my Dodge Durango and my daughter Majda took it over from me! The surprise was all mine when I was now able to get this Yukon instead – incidentally also silver coloured! My favourite colours have been blue, silver, gold and white for my cars in my life!

I have also been chatting with my 5 months old granddaughter Sibel bint Fahad on Modi and The Indian Elections – and other issues – and I do not know what babies’ minds think – but I guess baby had to smile and glee to please granddad as if she knew what I was taking to her about! You would imagine she was apt to understand with her mother Oman born but Pakistani too!

As the good wife was heard to ruefully acclaim – I think you are losing your faculties and mind – by talking to baby on such grand big issues – but the irony was that when granny wanted to take baby out of the ‘hearing scene equation’ – baby cried to be back with grandfather! I guess one day she too will be a great author and writer too – if not going into politics instead! Sic!

C         Okay – So What About The Topic You Started? Remember? Being Positive At Work?

Yes we know M – you have the knack of taking your time to come to the point! Perhaps that infuriated some of them – especially the new man? Or as they say – you take your Reader up to the bridge – and let himself decide whether to cross the bridge – or return? That we know of you M!

You know this thing had made me so raving made that I decided to post in the newspaper as below – in the hope that this place especially would be interested – and I can give them ‘a piece of my mind’ in the hope of changing ‘fixed mind sets’ – like Ghandi had said – I claim to be a simple individual liable to err like any other fellow mortal. I own, however, that I have humility enough to confess my errors and to retrace my steps and Einstein – A problem cannot be solved by the same level of mind that created it!

I needed some personal services at a certain prestigious famous place! The first case was just for a copy of an original document that had been given to me! I had the copy – the place I had approached before in the services needed the original resubmitted. So I went to the place. The good man at the other end insisted on me to reapply from scratch again! I knew this process would take a long time and was tiresome! So I asked him whom I can go to get a replacement Original Copy – The Usual To Whom It May Concern Letter!

Frankly I do not know why this public place needed again the same letter I had given to them before – with the usual excuse ‘we could not find the original in your file’ – or just lazy and incompetent not to be bothered to go and look!

So the good man gave me a contact in the Head Offices – and when I called her she told me – come and collect it anytime you are ready to collect – or can send to your branch (or any other branch for that matter!). In actual fact your Branch can give you this letter!

So I went back to the man – and passed on what I was just told! Again at a professional place – the man said – this is not our job – but the Head Offices only! You have to go there to collect it!

I was contemplating to do this – when a brain wave struck me – to go to another Branch to get the letter – and the Incharge gave me the same required letter within 10 minutes with reference to the copy at hand!

I had another issue of the same place. This time I went to The Manager! The good lady said to me – Yes it can be done! But unfortunately she sent me to the same person like before! I knew it! He said – It cannot be done this way! This time I got angry – and told him off!

Anyway, he still won in the end – by doing some changes to what I had originally wanted! Though in a way you can say almost fully done!

Now you see why I was raving mad!

Do you see the difference?

One is a negative mind that sees everything as a problem and difficult – whilst the other was POSITIVE and pragmatic – that sees a solution in almost everything requested of them!

Some people will never change – they take sadistic pleasure to make things difficult for customers – even if in a Public or Professional place for that matter!

Like I cynically and skeptically always say – What else is new? Things have not changed much – at least since I had stopped writing my columns!

The mind just boggles – could that be a reason my articles died? That I open my mouth too much to speak my mind? You be The Judge!

Ex – Between Us Only!

← Great Reads! By Trafford USA Publishing! A Letter To My Heart! Previous Between Us Only! →