Posted by majidtakes on March 29, 2014 in A Story To Tell!, About My Books, About This Website, All My Books Icons, Between Us Only!, Books by Majid Al Suleimany, Emotional Short Story, Majid Al Suleimany Books, New Website - www.myshorttakes.com, Road Safety Books, Short Story - Omani Theme, Short Takes Article, www.myownmajid.com, www.myshorttakes.com | Leave a comment 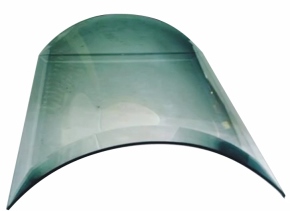 Now – She was smiling broadly! If you are an expert, one can then easily tell that this was a genuine and sincere smile, no artificial or make up thingsthatwe see nowadays in commercials and advertisements – and that depends on who is at the other end. If it is someone from the home place or even you like, then it is all real, sincere and genuine – nothing fake or acting stuff. That is a new one, she teased! It is not bent Sir, it is the design of it all. Something they call as New Art. New Artistic Design and Inspiration. Oh, I see – the man stumbled. I should have known better than to question and look at a gift horse in the mouth – he thought loud. These peoples from that country? They know how to come back to you, without making you feel small and insignificant.

2 – Dear Lady Of The House, the Local Woman said to the Madam of the house. Give me the baby; let me take him from you. He is gone Madam, he is dead. Let me take him from you. You need to rest now; you need your sleep – poor you. It is God’s Will; He has selected to take your baby early. We must and just have to accept His Wishes. No, No. the woman cried out. My baby is not dead. I can feel him he is still alive. He just has gone to deep sleep, but he is not dead. I know – the local woman said again to the Madam. I know, and feel for you. I know how you feel, I lost my own the same way. It is just denial. I told you my baby is very sick, but he is still alive. I am not giving him to you or anyone else, even his Father. This is my first born and only baby, and I am keeping him – whatever you and others will say. You must bury me first to bury my son – the woman pushed back.

Leave her for a while, the other women implored. Let it sink in slowly, do not push it. The baby was just 2 years old, very sick. He looked dead for sure. One of the elder men in the family could vouch for it. But leave her alone for now – it will come to her eventually to accept the sad truth. The woman looked at them with very angry and hostile eyes, get out from you – you old witch of a woman. You just wanted my baby to die, do not take me for a fool, I know what you want. Get away from me. The local woman tried to snatch the baby from Mother’s hands; we need to wash the baby she said out loud. The baby needs to be washed before it is buried. With the pull between the two women, the baby woke up with a start, and started crying out very loud. It was as if it knew the fate that was awaiting him, and he must wake up now before it is too late. See you stupid woman! I told you my baby was alive, and you wanted to bury him alive? Get out from my house, now! I do not want you to come in my house ever again. What kind of person are you?

Open your eyes, the Father implored. Try to open your eyes, Son. I cannot – the boy replied. Try son, the Father implored. I have a very nice gift to give you, if you can open your eyes and see it, son? Son, please? The boy opened his eyes finally. Everybody was crying. The boy did not understand all the commotion was what for. He had never seen this soft side of his father before. His Father, the tough big built man was crying like the women in the room, his Mother included. In that small island that they had lived, the River Disease had hit many children of the village, especially the local children. There was something in the river that caused this blindness, nobody knew what it was. It started with the poorer children, now even the so-called rich and powerful families had it

The shot rang out! They have killed my son, the Mother cried out to the rest of the Family huddled inside. Everybody was crying! We have lost our son, the Mother cried to the Father. The shot rang out again. It was all quiet outside the house, nobody knew what was happening. The one who said he was a Police Official and had lost his job – because of you peoples – had taken the boy outside. I want your eldest son, pointing his pistol at the family. I want to ask him some questions. When a loaded pistol points at you, there is hardly anything you can do, even if you are many. Besides, this was a new experience the family had never met before. An armed man who comes into your house, and wanting to kill some one because you come from that group of peoples who had made him lose his Sergeant job – though he was not an Islander, but came from the Mainland. From even a different country for that matter.

Like they say, what goes around comes around. If you do good things to peoples as part of your family’s focus and aspirations, you will be recognized – and good things will come back to you. The other armed men were now shouting to the Ex Police Man, what are doing to the boy? They are innocent peoples, they respect everyone. Besides, they just came to this place. Leave him alone. They were pointing guns at him. Give us your pistol, they said to the man. The man gave it up unwillingly. They hit him by the butt of the rifle. He fell down. Now run they told him – or we shall shoot you next. Like also in each basket, there are good and bad fish or fruits – take your pick.

Your son is alive – the men told the family – Do not cry. He shot at him, but he missed him! It is God’s wish to send us to save you all. You need to come with us, to come to the refuge centre. This town on the outskirts are no longer safe for you peoples. The boy went in, they all hugged him – including his younger brother who was always picking fights with him, trying to undercut him being the leader of the pack!

Now – I was watching this film. Just a few days before my birthday two days back. The bullied man was saying to the ‘stronger man’. I do not care, you know what? I am happy what I am. As I am. You think you are better than me? No, you are not. I know what I am, I do not need to think of who I am. I am proud of myself. I know my strengths and my power points, my shortfalls – and whatever you want to say about me. Do not expect me to be like you, and follow you? You think you have won? That you are master of your fate? No, you are just kidding yourself. You only think in your mind that you are better than me, but you are not. You cannot create me, nor can you change me. I am what I am – like I said am proud of myself!

I sympathise with the man. I remember that day clearly. When my strongest of the country adversary not sober and completely not in control of his faculties said to me – Do you know why I hate you as your boss? Do you know why? I said, No I do not know why. Then he retorts – what kind f person are you? Always trying to look god and nice? Always the Actor? The one who is always after a popularity contest? To impress and show off to peoples. Pretending you do not smoke. You do not drink. You have no other vices? Whom are you trying to kid? I know you well. 15 years ago.

And then that call at 2 am at night 15 years ago again. I am going to board my plane now, the man said. Please M – Do Not Change! Remain as you are. Follow your ethics and principles in life. Your focus. You think you have lost? No, you have won. You are far better than all the rest of the competition to you put together, including even the top ones. They wish secretly they were like you, but cannot be. You care and feel. They know it, and accept it. I can tell you know – one I am not sober, and two am leaving your country forever. I respect and esteem you a lot, forever you will be on the top of my honours and respectable list.

How come a British Boss can appreciate – but not our own? So were The Nigerian, Dutch (jew) Boss? So many other European too?

5 years ago in that other place, it was the Messengers of the place (from another country).Always the lower echeleon who felt more. Two weeks ago in y own country, as I was leaving the place, one of the Directors came to my room – he caught my hand and kissed it. He said almost the same things to me. He was sad and desolate that I was leaving so soon. I still have it in me – to touch everyone in one way or the other!

Same thing – Three years ago, the whole workforce with The Shop Manager (Indian) closing down all the machines – and all the Staff walk with me to the gate to say Goodbye to me! The indian Tea Boy crying because I was leaving!

That is me, and will never change. Take Care! 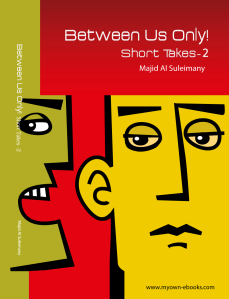 ← All My Books Icons! Goodbye; Our Mama! In Memoriam! →