Home » A Story To Tell! » They Break Our Hearts! And Make Us Cry!

They Break Our Hearts! And Make Us Cry!

Posted by majidtakes on March 22, 2014 in A Story To Tell!, About My Books, About This Website, Between Us Only!, Emotional Short Story, Majid Al Suleimany, Short Story - Omani Theme, Short Takes Article | Leave a comment

They Break Our Hearts!

And Make Us Cry! 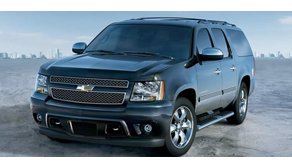 He bid a tearful farewell to his newly married wife. Beggars cannot be choosers – and he had to feed his parents, family and his new wife now. Just to make himself forget his new wife and plight – he spent hours and hours cleaning the new Office car.

Then things took a dramatic turn, 3 weeks later. Try all he could to avoid hitting the other irate and reckless driver who had cut abruptly in front of him – he heard the crash of metal against each other. It was not my mistake! I tried to swerve away from the other car.  However, the young boss insisted on him to be returned – The staff will always be afraid now – even if we repair the new car.

You cannot be our Driver anymore – sorry. Though you worked only for a few days in the month, we will give you your full salary for the month. This time he cried – the whole night –  returning home empty-handed. But it was not my fault – his heart cried out – all unfair and unjust!

Her husband had been laid off. There were no jobs available due to the economic crises. They had three children – from one who was 2 (she still needed milk) and the other 2 at 5 and 7. So she told her husband – my sister says they are looking for housemaids there in that country. I should apply.

NO, resisted the proud man – my wife will not work for another family as a housemaid – we better starve to death first. I am sure I will get a job soon. Two months later still jobless, and family members tired to help out – they too had their own problems!

She does not know what had happened, quite unexplainable. The 3 months old baby was drinking milk from the bottle, and suddenly she started choking – turning all blue. She started shaking the baby vigorously to make it come out from suffocation. Nothing was happening, only she thought the baby would die any minute. Turned it on its back and massaged the back. Still nothing.

Started to give it kiss of life. She started to panic – and shouted Madam – Madam. They came scampering. She was reciting Religious sermons, in the same way the Madam was doing in her own faith. God was kind – the baby suddenly started breathing back again in gasps and gasps of air. By the time they reached the Clinic, the baby was breathing normal again.

I am sorry Madam, she cried. I do not know what happened. I am a Mother too – and this had never happened to any of my children before. I love her like my own baby. I understand – the Madam said. But it was the husband. He had been too friendly to her, but suddenly had now turned cold. I am sorry – the so-called Religious man had said – I cannot trust you anymore in front of my children. I know it is not your mistake – but I do not feel safe and comfortable for you to look after my children any more.

I am sorry. The plane took 6 hours to reach home – she was crying all the way – and from the Airport to her home village. I am a Mother too – how can I harm any baby – she cried as her husband and children welcomed her back to the house. Two days later it happened, the baby had choked again. It was the Mother looking after her own baby – it was a sick baby – nothing to do with the House maid!

She was always careful and good in her job. That day – out of all days – she had burnt the food. And who was coming to the house? Madam’s Boss and his family. A wrong day to burn things, or to serve soup that went cold. Madam says in front of guest – next time that you serve us cold soup you know where it will go. The ladies were laughing – only the Boss said – I never talk to you like that when you make mistakes in the Office. She is a housemaid, but she is a human being – and has feelings and pride too. I am disappointed in you really – and I and my family will not come here again.

That is when she ran in the kitchen – and cried her heart out. The man’s support to her made her cry all the more – and he had only tasted her food once – not daily and for the past 3 years like Madam and Family!

Same old story all over again at home! Her husband had been laid off. There were no jobs available now in their country due to the economic crises. They had three children to feed. So she told her husband – My sister says they are looking for Secretaries there in that country. Good salaries. I think I should apply.  At first he resisted – then finally gave in!

Things went all okay for awhile. She noticed one from home Executives paying special attention and attraction towards her. She misread the signals – she thought he was just being friendly and nice as natural of him. But he had his own vested interests – started with subtle signals before being forward. I am a married lady – she protested. I have been brought up not to do such kind of things. So what – The man retorted – your husband is not here. You must have needs. Besides, I too am married!

Then the very important secret document that she was typing mysteriously disappeared from her office. She could not find it even in the PC – though she knew she had saved it! I know it is not your mistake – the GM boss told her – but I cannot feel safe and comfortable for you to work for me anymore. You cannot be relied and to be trusted. I am sorry. The plane took 6 hours to reach home – she was crying all the way from Muscat Airport.

He had on his own initiative called The Fire Brigade, though the Office Fire was actually  put out. He was the most senior local person around then. The Top guy was visibly upset. He did not want any bad publicity or image. He told the Manager – You had called them – tell them to go! We do not need them here now. Everyone is looking at us – and tomorrow we will all be in the newspapers pages.

The Top Brass all hated his guts.

Five days later he quit the place – and taking all his things in his carton. As he pulled out from the place, he was crying first all inside – and then like a baby as he neared home. He had never cried like this ever before!

The housemaid said to him – Do not cry boss – everything has reason, and maybe there is something better for you to come. The Madam came home – why are you crying Darling? Do Not Cry – God will repay you. You did nothing wrong. The man thought – Men do not cry, but why am I crying now? He could not explain it.

They break our hearts; and make us all cry!

Extracted from My Books below – See more stories here –

← A Question Of Chemistry! The Crying Baby on Board (The Plane)! →