Cat In The House!

CAT IN THE HOUSE!

She was crying incessantly and uncontrollably.

‘No, Mama, No, Daddy No, – he (it) is my cat, no please – no – please no.’ The Dad was steadfast – urging the guests to move out with the cat.  It is a Himalayan cat, large and puffy one, too.  The head guest was feeling guilty – but the girl is crying too much – it is OK, we do not mind, we do not mind to leave it with her.  No – insisted the Father – we are travelling tomorrow and we must get the cats out (kittens), the father and mother we can leave to the neighbours, but not all of them – that will be too much for them.

The guests took the cuddly cat out of the flat, with instruction from the now very distraught Mother to see how much distressed and unhappy that the girl had become, now that the cat was being taken away.  Is there anything so cruel and unkind like that thing of taking a pet away from a child, after the child has become so close and attached to it?  Is there?  Do not think so.

As soon as the bus arrives home, the girl arrives home; she would hastily exit the bus without taking any due care and concern.  She had fallen twice getting out of the bus.  This had worried the parents.  This is the attachment that had bonded a 9 year old girl and her cat, Himalayan or not.

Puffy and big, or not.  I think the girl would have cried more, if she knew that Dad had actually sold the cat.  So, it was a question of money, not caring for the child.  How do you tell a child these things to make her understand?  It is a very difficult, painful and hard thing, to do to a child – whose only crime was to love and get bonded to a pet, the peak of innocence and good!

The bigger girl at the other end was happy.  She was getting a new pet, and Dad had paid the money for it. Thank you Dad, Thank you Dad. Remember she lost her last kitten, because the real boss of the house just did not feel like having a pet in the house, especially a non-trained toilet one. This one was different, it was! It had also come from a very far country, where the highest mountains in the world came – it was a Himalayan one, was it not?

Now there was a big dispute in the house – the house was split in two – 3 against 3.  In favour of the father, the son and the smaller girl, against the mother and the twin daughters – though one of the twin daughters does not count – says son – because she is married, no longer stays in the house, flown away from the cuckoo’s nest!   So son says – it is 3 against 2 – and we win because Dad is the man of the house (or the one who (supposedly) wears pants?) – but see how democracy can pit and split even families into two!  The Mother was scared of the cat, squeamish and almost screams when cat comes near!

Father turns on the works – only people who have something to hide are afraid of cats.   You know cats can tell who is a good or bad person – just by looking up one!  The Mother screams (what else is new?) – You girl – if you do not look after that cat, I am going to leave the door open one day, and let it go away.  Let it fly away from cuckoo’s nest too? Remember the last kitten, and what had happened to it? No way son says – if this cat goes, I go too. Good says sister; there will be room for the Keep Fit machines now.

No one goes, says Dad defiantly, and Cat stays too! Thank you Dad, says new owner, you are a gem and a First Class gentleman too. See says Mother, materialistic like Dad. Look who is talking, says Dad. I have put my foot down, Dad adds categorically and determinedly!

The cat meows loudly again and all over.  It is looking for its previous owner.  It looks at any door closed and meows desperately.   It is crying distressly, plaintively.   The girl must be inside this closed door, no she is not.  The cat is making desperate calls – where are you, you girl?  Why are you leaving me with these strange people?  The languages they are speaking – nothing like the one at the old home or near our ancestral home near the Himalayan mountains!

These people – they are trying their level best to make me feel at home and be comfortable, but I am not having any of it.  I just miss my old friend.  Where is she?  And this house – so big so many rooms – there is also up and downstairs, fun, too – but not like my old cramped flat.  But there I was happy and contented – and everybody liked me.  Here I am not too sure, why is this lady squeamish whenever I move towards her?  What is wrong with her?  Or is there something wrong with me, that I never knew before? Who said cats don’t talk? Did you see the Film Cats and Dogs? 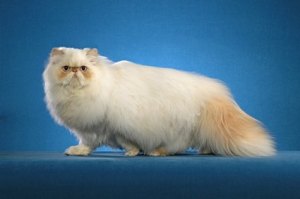 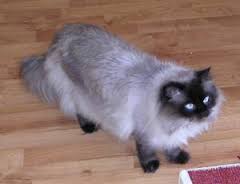 Did she make a secret pact with my old friend to take me over, or is there something going on here that at least I should know?  I am lost and puzzled, where is that girl so that I can ask her, please?

The phone rings – it is the mother of the other girl.  My daughter is crying too much, can we have our cat back?  We shall pay back your money, plus a little extra if you want.  No – screams the new girl – a deal is a deal – no way.  Dad cuts in – perhaps daughter think about it for a few minutes, may be we go for another one who does not raise so much tensions and aggravations like this one seems to have done?  No, it is my cat now, and I have money of my own, if its a question of money.  Then, the Father of the other girl cuts in – forget this lady’s call, just ignore her.  The girl will be all right eventually; anyway we are travelling tomorrow, so what the heck.

You cannot imagine – just a cat and it has split two homes – one family where the cat had originated from in its ancestry, and the other one belonging to the land.

And all the fights, for what?  Just a cat?  No, daughters (both) would stress out – this is not just an ordinary cat, but a Himalayan one, puffy and large too!

From The Book – Short Takes and The Sequel 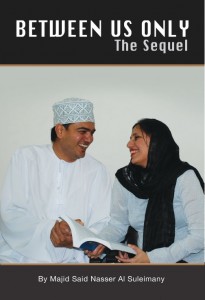 ← The Prettiest Girl That You Ever Saw In Your Life! Pretty Beautiful; Pretty Ugly! →